Get a Quote
Home » Is identity-theft insurance a waste of money?

Is identity-theft insurance a waste of money?

Consumers these days are more worried about fending off hackers than pickpockets. Companies are capitalizing on these fears by pitching the digital-age equivalent of a can of Mace: ID theft insurance. 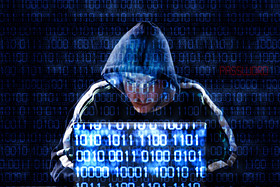 But before buying such protection, experts warn consumers should find out what the particular policy covers, experts say: When you wreck your car or set your house on fire, auto and homeowners insurance cover the repairs. When a fraudster drains your bank account, identity-theft insurance doesn’t replenish it — your bank’s zero-liability policies should take care of that. Nor can some variations of the product, advertised as crediting monitoring and protection services, actually insulate you from a hack.

More than 2 million electronic records have been breached since January, and some 864 million have been since 2005, according to the nonprofit Privacy Rights Clearinghouse, which keeps an online tally. Cyber attacks are a problem for everyone, from big-box retailers like Target /quotes/zigman/253872/delayed/quotes/nls/tgt TGT -0.94%   to government offices such as the California Department of Motor Vehicles and the Malibu wine shop that reported unauthorized access to customers’ credit card information last week.

Experts say consumers searching for protection may find ID-theft insurance falls way short. The insurance, which is commonly tacked onto existing home, auto and travelers policies, costs between $25 and $60 annually, according to the National Association of Insurance Commissioners. That figure increases if you purchase it separately.

Such policies cover expenses people might accrue while repairing their credit record, like the cost of postage, phone calls, lost wages (if you need time off work) and legal bills. But the chances of facing out-of-pockets costs are slim: 80% of the 12.6 million victims in 2012 didn’t incur any, according to a Javelin Strategy & Research survey .

Some policies also connect victims with a case manager to help them clean up the mess. In the vast majority of identity theft cases, though, that process means a simple call to the bank. For 85% of victims in 2012, the identity theft they experienced involved misuse of an existing credit card or bank account. It took more than half of victims a day or less to resolve problems, according to the Bureau of Justice Statistics.

In some ways, buying ID-theft insurance is like hiring a wedding planner. You can pay someone to call florists and caterers, and in this case, contact your bank to cancel a card, or you can do it yourself.